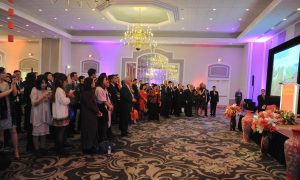 On January 27, China Embassy held a reception to celebrate the Spring Festival in the Sheraton Hotel of Charlotte, North Carolina. This is the first time Spring Festival celebration the Chinese Embassy had ever held outside Washington D.C. 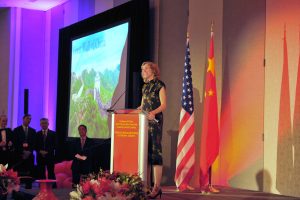 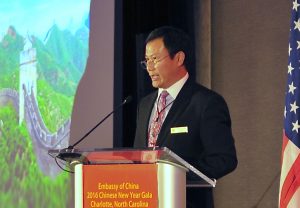 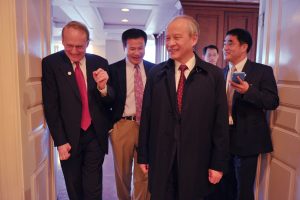 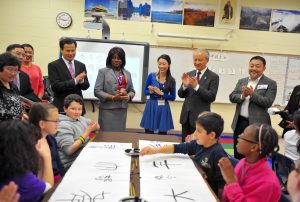 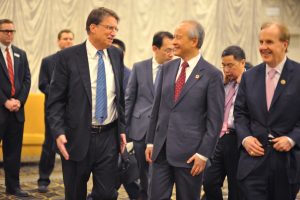 Governor Pat McCrory chat with Ambassador Cui before the reception with Congressman Robert Pittenger on the right. 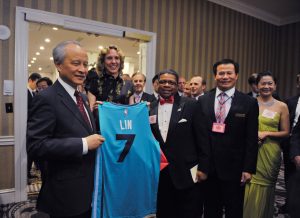 After the reception, a sincere festival greeting was sent to people in the Motherland.  Hong Kong Phoenix TV had a special news coverage.